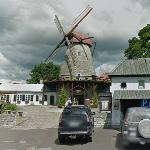 By kuressaare @ 2012-05-17 07:13:31
@ 58.251795, 22.489119
Kuressaare, Estonia (EE)
Of three formerly functional windmills used within the city borders this windmill is the only one preserved. Initially this construction was known as the Trei windmill, after the name of its builder and owner. The windmill was built in 1899 and it was used until the beginning of World War II. The restoration of the windmill began in 1972 and it was reopened as a coffeehouse in 1974. The aim of the restoration was to preserve the initial constructions of the Dutch type stone windmill. Good to know: the windmill was declared an architectural monument of national importance. The windmill is 17 m high and if we include its wings then its highest point reaches 24 meters of height.
Links: saaremaaveski.ee, wheretogoin.eu
557 views