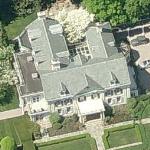 Anonymous
@ 2020-10-18 05:03:57
In the summer of 2017, the Bidens bought a house on the Delaware Shore for $2.7 million. Overlooking Cape Henlopen State Park and just a couple blocks from the beach, the three-story home has six bedrooms, expansive porches, views of the Atlantic Ocean, and a backyard built for entertaining, with an outdoor kitchen, BBQ, and fireplace. “Throughout our careers, Jill and I have dreamed of being able to buy a place at the beach at home where we can bring the whole family. We feel very lucky that we're now able to make that happen and are looking forward to spending time with our family in the place that matters most to us in the world," he said in a statement.

Anonymous
@ 2020-10-18 05:05:06
Upon moving out of the vice presidential residence at the Naval Observatory at the end of his term in 2017, the Bidens began renting a house in McLean, Virginia, the upscale suburb outside D.C. that counts a who's who of senators, Supreme Court justices, and diplomats among its residents. (It's also where Jackie Kennedy grew up.) This Georgian-style house, which they rented from venture capitalist Mark Ein (Zillow estimates that it costs $20,000 a month), used to be the home of Alexander Haig, who was the Secretary of State during the Reagan administration and the White House chief of staff to Presidents Nixon and Ford. Sprawled out over 12,000 square feet, the five-bedroom mansion has a gym, sauna, floor-to-ceiling windows, and a driveway big enough for 20 cars. (It was reported in February that the Bidens are no longer renting this mansion.)