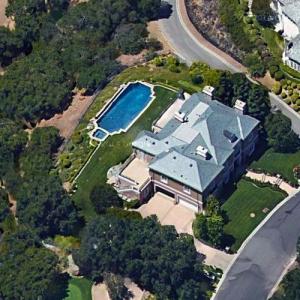 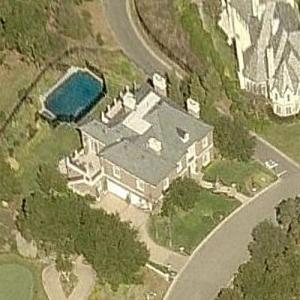 By neotrix @ 2008-07-05 01:52:08
@ 34.129477, -118.884156
Westlake Village, California (CA), US
Vin Scully, the world class American sportscaster, known primarily as the play-by-play voice of the Los Angeles Dodgers baseball team lives here. His 59-year tenure with the Dodgers (1950-) is the longest of any broadcaster with a single club in professional sports history. Now retired, Scully is a legendary sportscaster. Incredibly, Scully has 67 seasons calling games for Major League Baseball's Dodgers under his belt, beginning in 1950 and ending in 2016, moving with the team from Brooklyn. His run constitutes the longest tenure of any broadcaster with a single team in professional sports history, and he is second only to Tommy Lasorda in terms of number of years associated with the Dodgers organization in any capacity. Scully is perhaps the most beloved aspect of the current Dodgers program. He retired at age 88 in 2016, ending his record-breaking run as their announcer.

In his final season behind the microphone, Scully announced most Dodger home games and even selected road games on SportsNet LA television and KLAC radio. He is known for his beautiful voice, lyrically descriptive style, and signature introduction to Dodger games: "It's time for Dodger baseball! Hi, everybody, and a very pleasant good (afternoon/evening) to you, wherever you may be." He is considered by many to be the greatest baseball broadcaster of all time, according to fan rankings, Bleacher Report and Fox Sports. A true baseball legend. True steward of the game.

In addition to calling Dodgers baseball, Scully called various national baseball, football, and golf contests for CBS Sports from 1975 to 1982, and was NBC Sports' lead baseball play-by-play announcer from 1983 to 1989. Vin Scully has a net worth $5 Million with an average yearly salary of $800 Thousand Per Year. While he may no longer call ball, his voice lives on in the hearts and minds of many who grew up with his sports casts over the years.
22,907 views