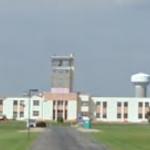 By kkeps @ 2011-12-17 21:02:11
@ 39.352387, -84.356572
West Chester, Ohio (OH), US
High powered shortwave station constructed in 1942 as part of the war effort and to counteract propaganda from Nazi Germany and Japan. Both of these countries had many high powered shortwave stations. Built here since it was too far inland to be reached by bombers, as well as being close to the builder's other flame thrower station down the road. This station provided information to people throughout Europe about the war effort. Hitler once told his countrymen not to listen to those "liars in Cincinnati."

The Bethany Relay Station continued to broadcast to Europe, Africa, and South America during the Cold War. It was shutdown in in 1994 due to aging technology and budget cutbacks.
Links: virtualglobetrotting.com
778 views