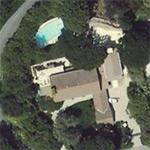 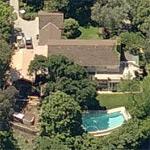 Pidgeon made several silent movies in the 1920s. He became a huge star with the arrival of talkies because he was able to sing pleasantly. He starred in a number of extravagant early Technicolor musicals, such as The Bride of the Regiment (1930), Sweet Kitty Bellairs (1930), Viennese Nights (1930) and Kiss Me Again (1931).

It was not until he starred in How Green Was My Valley that his popularity rebounded. He starred opposite Greer Garson in Blossoms in the Dust, Mrs. Miniver (for which he was nominated for the Academy Award for Best Actor) and its sequel, The Miniver Story. He was also nominated in 1944 for Madame Curie, again opposite Garson. His partnership with Garson continued into the 1950s and concluded with Scandal at Scourie in 1953.
Links: en.wikipedia.org
1,034 views