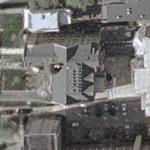 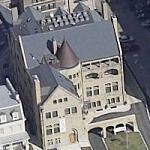 In 1925, Washington architect George Oakley Totten reconstructed the Benjamin Warder House, originally built by H.H. Richardson in 1865 at 1515 F Street, on its present Meridian Hill site. Totten used all of the original exterior stone (except the main doorway) and much of the interior woodwork. Privately owned and vacant for more than a dozen years, this architectural landmark is virtually reduced to a shell. This site was listed on the D.C. Inventory in 1964 and on the National Register in 1972.
Links: www.dcpreservation.org
728 views