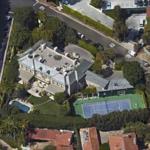 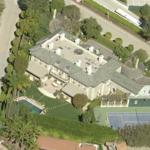 By neotrix @ 2008-02-04 04:03:14
@ 34.08669469, -118.43342003
Los Angeles, California (CA), US
Warren Woo is a Managing Director at Moelis & Company. Mr. Woo has been in the investment banking industry for over twenty years, most recently as the Global Head of Financial Sponsors, Hedge Funds and Leveraged Finance at UBS Investment Bank and previously as a Managing Director at Donaldson, Lufkin & Jenrette and an investment banker at Drexel Burnham Lambert. Under the leadership of Mr. Woo, UBS became a leader in the middle-market financial sponsors segment in the U.S.

In December, he became a part-owner of pro hockey's Nashville Predators and of Powers Management, which operates the Tennessee city's Sommet Center, where the Predators play.
Links: www.moelis.com
7,908 views