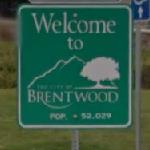 Brentwood began as a farming community in the late 19th century, and still is known throughout the Bay Area for its agricultural products, primarily its cherries, corn and peaches. Many of the old farms and orchards have been replaced by suburban developments since 1990. Brentwood is increasingly residential, with the rate of population growth in the triple digits during the 1990s and 69% from 2000 through 2005.
Links: en.wikipedia.org
953 views