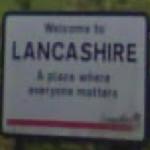 By Mike1989 @ 2013-04-21 11:45:55
@ 54.187361, -2.752804
Milnthorpe, United Kingdom (GB)
Lancashire (pron.: /ˈlæŋkəʃər/ or, less commonly, /ˈlæŋkəʃɪər/) is a non-metropolitan county of historic origin in the North West of England. It takes its name from the city of Lancaster, and is sometimes known as the County of Lancaster. Although Lancaster is still considered to be the county town, Lancashire County Council is based in Preston. Lancashire is sometimes referred to by the abbreviation Lancs, as originally used by the Royal Mail. The population of the ceremonial county is 1,449,300. People from the county are known as Lancastrians.
Links: en.wikipedia.org
358 views