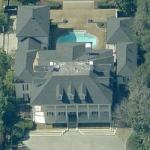 By borlefborlef @ 2013-09-17 14:50:47
@ 29.74542742, -95.42730108
Houston, Texas (TX), US
He is a partner of Pembroke Financial Partners, LLC, an NASD securities firm. Involved in the investment business since 1960, Mr. Hitchcock formerly was affiliated with Lazard Brothers in the UK and Lehman Brothers in the US. Currently, he is a director of Plains Resources, Inc. an oil and gas exploration company, and Thoratec Corporation, a medical device company.

He is involved as of 2013 in an ongoing investigation to recover his first edition F. Scott Fitzgerald novel.

He claims the book is a family heirloom and that the man whos hands the book ended up in has no right to sell it.

Hitchcock seeks "to recover a unique and valuable boo, to wit, a first edition of F. Scott Fitzgerald's classic and critically acclaimed novel 'The Great Gatsby' autographed by the author and inscribed to Hitchcock's father, Thomas Hitchcock: 'For Tommy Hitchcock for keeps from his friend F. Scott Fitzgerald Los Angeles 1927."
Hitchcock says his father, who died fighting in World War II, "was the dominant American polo player of his generation. Fitzgerald loosely modeled the character of 'Tom Buchanan' in the novel 'The Great Gatsby' and the character of 'Tommy Barban' in ... 'Tender is the Night' on Thomas Hitchcock. Fitzgerald also autographed and inscribed a copy of 'Tender is the Night' to Thomas Hitchcock."
After Hitchcock's father died, the autographed copy of "Gatsby" passed to Hitchcock's mother, then to him when she died in 1997, the complaint states.

Hitchcock says he displayed the book in his house until 2005 or 2006, when "a person or persons unknown removed the book from Hitchcock's residence without his permission, authorization or knowledge."
He claims he realized the book was missing after he moved to a new house. Hitchcock says he looked for the book and talked to his friends about its disappearance, but never found it and "did not determine for certain that it was gone."
But in April 2012, Hitchcock says, a friend saw the book for sale on Cahill's website for $750,000.

Upon investigation, Hitchcock says, he found that Cahill had bought the book "at a Bonham's auction in Los Angeles in or about 2010 for about $61,000."
Hitchcock claims Cahill never bothered to find out who owned the book before he bought it. He claims Cahill did not receive "any documentation of the provenance or history of possession of the book or proof that it had left the possession of the Hitchcock family lawfully or with the Hitchcock family's consent."
Hitchcock says he filed an online crime report with the Houston Police Department on April 17. Then he had attorney Thomas Kline, with Andrews Kurth, send Cahill a letter demanding return of the book, to no avail.

When Cahill refused to cooperate, Hitchcock says, he "filled out a stolen art data sheet" with the FBI on April 26. He says the FBI investigated for almost a year, but closed its case in February this year without pressing charges.

Hitchcock then hired another lawyer and tried again to retrieve the book. He claims that on Feb. 28, attorney Terry Higham "contacted James Robert Cahill by email and telephone and renewed Hitchcock's demand for return of the book. Following the conversations occurring on March 1, 2013, Mr. Cahill again refused to return the book," the complaint states.
Links: www.courthousenews.com
1,604 views