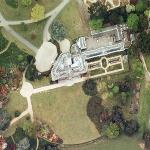 By Gorecki @ 2013-03-02 05:34:54
@ 50.798391, -1.399003
Exbury, United Kingdom (GB)
Exbury Gardens in The New Forest was the location used for Mrs Bloomsbury-Barton's House in the classic British children's television series Worzel Gummidge. The show, which was based on the books by Barbara Euphan, was produced by Southern Television for ITV and ran between 1979 and 1981. It starred Jon Pertwee (Dr. Who) in the title role. Charlotte Coleman, Una Stubbs, Geoffrey Bayldon, Joan Sims and Barbara Windsor also starred. Channel 4 reprised the show in 1987 as Worzel Gummidge Down Under, which was set in New Zealand.
Links: en.wikipedia.org
760 views