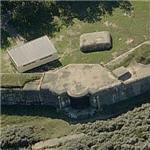 The Atlantikwall (English: Atlantic wall) was an extensive system of coastal fortifications built by the German Third Reich in 1942 until 1944 during World War II along the western coast of Europe to defend against an anticipated Allied invasion of the continent from Great Britain.
Links: en.wikipedia.org
1,031 views