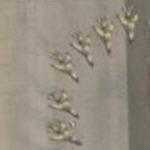 50 Su-22 have served with the Yemen Air Force, with a number remaining active.
Links: en.wikipedia.org
1,260 views