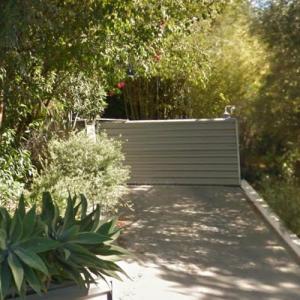 Efron began acting professionally in the early 2000. He became a teen idol after his lead roles in the Disney Channel Original Movie High School Musical, the WB series Summerland, and the 2007 film version of the Broadway musical Hairspray. He has also starred in the films 17 Again, Me and Orson Welles, Charlie St. Cloud, New Year's Eve, The Lucky One, That Awkward Moment, Neighbors, and The Lorax.

His success with the High School Musical franchise placed Zac on Hollywood's radar and on the Billboard charts.

Efron graduated from Arroyo Grande High School in 2006. He was then accepted into the University of Southern California, but has deferred his enrollment to work on film projects. He also attended Pacific Conservatory of the Performing Arts, a community college which allowed him to perform as a "young player" in 2000 and 2001.

In May 2015, Efron's net worth was reportedly $18 million, but rumors have it that he has burned through the bulk of his $18 million fortune with his reckless lifestyle. "He’s pretty broke while he waits for his profits from Neighbors to come in,” reveals an insider.

In 2007 People magazine noted that Efron and Vanessa Hudgens began dating in 2005 during the filming of High School Musical.

While first spotted kissing in Italy on July 5, 2014 Efron and Michelle Rodriguez, 35, were on, but the romance is now over. Zac’s “addictive personality” (falling in love too fast) and Michelle’s “different wavelength” ultimately drove the couple apart.

For 2015 Zac is happily dating Sami Miro. They recently went on a double date with Selena Gomez and Zedd.

In 2007 Efron was named #93 on Empire Magazine's 100 Sexiest Movie Stars. In 2013 Efron sought treatment after struggling with alcoholism and substance abuse. He has been sober since June 2013.

Efron's favorite sports: golf, skiing, rock climbing, snowboarding, and surfing. He has also fixed up two cars, a Delorean and '65 Mustang convertible, both treasured hand-me-downs from his grandfather.