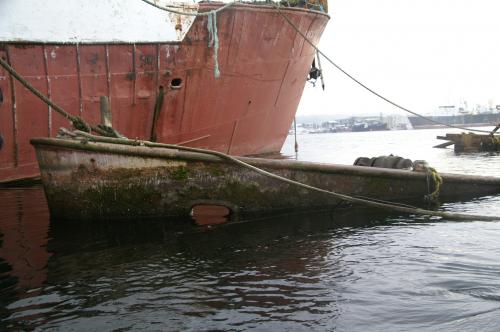 cthippo: This is the wreck of the former US Coast Guard cutter Onondaga (WPG79).

She was originally commissioned in 1934 and served out of Astoria Oregon until the outbreak of WW2 when she was transferred to Alaska. During and after the war she took part in numerous rescues in Alaska and Oregon and saved the lives of many mariners. She was decommissioned in 1947 and sold to Foss Tug and Barge in 1954. Sometime later, she was sold to a private owner and ended up abandoned at the Ballard Oil dock on Lake Union, where she sank. The Onondaga is currently on the Washington State Dept of Natural Resources Derelict Vessel Removal program's list of vessels to be removed and scrapped. 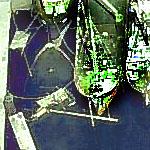