The Tenerife airport disaster occurred on March 27, 1977, when two Boeing 747 passenger aircraft collided on the runway of Los Rodeos Airport (now known as Tenerife North Airport) on the Spanish island of Tenerife, one of the Canary Islands. With a total of 583 fatalities, the crash is the deadliest accident in aviation history. 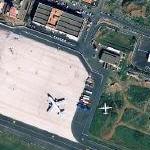