Franklin Delano Roosevelt (January 30, 1882 – April 12, 1945), also known by his initials, FDR, was the 32nd President of the United States (1933–1945) and a central figure in world events during the mid-20th century, leading the United States during a time of worldwide economic crisis and world war. The only American president elected to more than two terms, he facilitated a durable coalition that realigned American politics for decades. 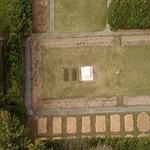