The Hillsborough disaster was a human crush which occurred during the semi-final FA Cup tie between Liverpool and Nottingham Forest football clubs on 15 April 1989 at the Hillsborough Stadium in Sheffield, England. The crush resulted in the deaths of 96 people, with a total of 766 other persons being injured. All of them were fans of Liverpool Football Club.

The Hillsborough disaster remains the deadliest stadium-related disaster in British history and one of the worst ever international football accidents.

The official inquiry into the disaster, the Taylor Report, concluded that “the main reason for the disaster was the failure of police control.” The findings of the report resulted in the elimination of standing terraces at all major football stadiums in both England and Scotland. 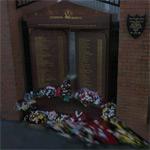 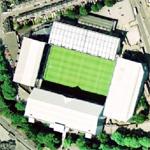