Alice Aycock‘s early sculptures were site-specific and were largely made from wood and stone; in the 1980s she began to use steel.

She has created installations at the Museum of Modern Art, New York (1977), the San Francisco Art Institute (1979), Museum of Contemporary Art, Chicago (1983), and outside the United States, including Israel, Germany, The Netherlands, Italy, Switzerland, and Japan. In 1983 a retrospective exhibition was organized by the Württembergischer Kunstverein and traveled through Germany, The Netherlands, and Switzerland.

She is currently a member of the faculty at the School of Visual Arts in New York City.

Her current projects include the Ghost Ballet for the East Bank Machineworks, a public sculpture placed on the Cumberland River in Nashville, Tennessee, and The Uncertainty of Ground State Fluctuations in Clayton, Missouri. In 2007, she completed Strange Attractor for Kansas City at the Kansas City International Airport. 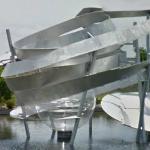 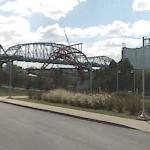 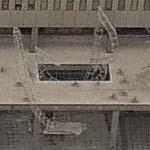 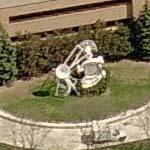 © Bing Maps
'Summaries of Arithmetic Through Dust, Including Writing Not Yet Printed' by Alice Aycock 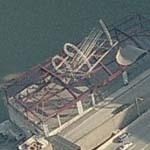 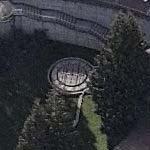 © Bing Maps
'The Islands of the Rose Apple Tree Surrounded by the Oceans of the World for You, Oh My Darling' by Alice Aycock 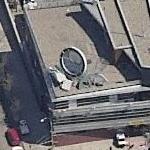 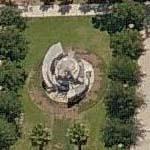 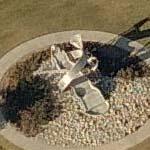 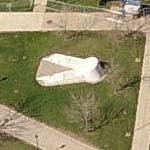