The Orgosolo Murals consist of over 350 murals decorating the center of Orgosolo in Sardinia, Italy. Orgosolo’s mural emerged in the late 60’s. The first mural in Orgosolo is carried out in 1969 by Dionisio, an anarchist theater company in Milan. She questioned: “What is the role of the island in the Italian government’s policy?” After the idea of the murals spread through this small village, a local teacher, Francesco Del Casino, played an important role. The early works were carried out by his students. Later on more experienced workers took the job making the murals more elaborate in the style and in the content. Francesco Del Casino was the instigator of most paintings of the village of Orgosolo. One of his main motivations was to get students involved in politics. Therefore the murals featured the oppression of Nazism, struggling for liberation, unemployment and education problems. Even though many kinds of topics were introduced, political events are still the major topics of the mural. 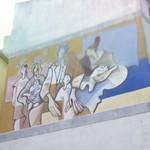 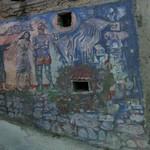 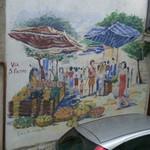 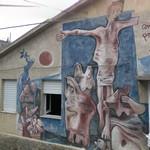 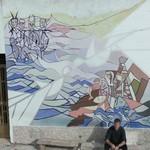 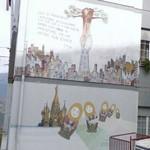 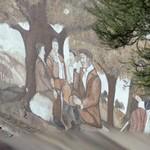 © Google Maps
Gathered under the tree 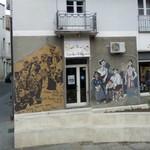 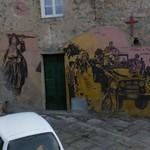 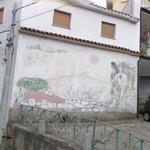