Sweet Toof’s marks are ornate teeth and pink swollen gums. Once a member of Burning Candy (he left the crew in 2010), Sweet Toof comes from a graffiti background and has been painting in letter form since the 80s.

“While studying I had the misfortune of losing 10 of my friends in a series of freak accidents. Since then death became a constant theme in my work, and I realized later that teeth are the only part of the skeleton we can see in the living body.” 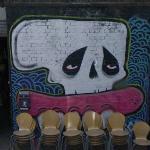 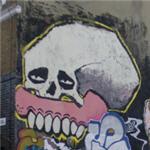 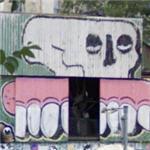 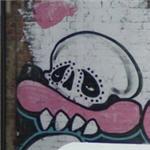 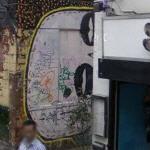 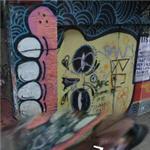 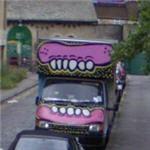 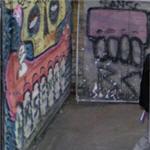 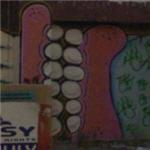 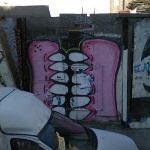