In aeronautics, a drop tank (external tank, wing tank, or belly tank) is used to describe auxiliary fuel tanks externally carried by aircraft. A drop tank is expendable and often jettisonable. External tanks are commonplace on modern military aircraft and occasionally found in civilian ones, although the latter are less likely to be discarded except in the event of emergency. 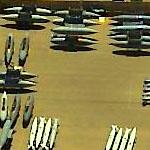 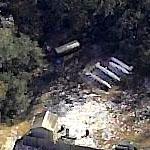