“In an announcement on state TV, Vice-President Omar Suleiman said Mr Mubarak had handed power to the military.

It came as thousands massed in Cairo and other Egyptian cities for an 18th day of protest to demand Mr Mubarak’s resignation….

In Cairo, thousands of people are gathered outside the presidential palace, in Tahrir Square and at state TV.” (BBC World) 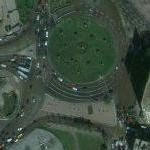 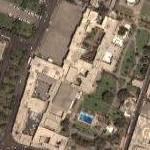 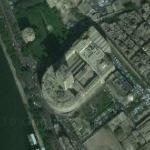