Fletcher Benton is known for his kinetic sculptures which are sculptures that move. But, he began his career as an abstractionist painter in the 1950s and 1960s. Frustrated with the limitations of paint on canvas, Benton began work on movement with geometric pattern pieces and boxes which he was familiar with from his work in commercial signs. This was at the beginning of the kinetic movement, and Benton worked largely in isolation, unaware of other efforts of kinetic artists. The early works were more concerned with change, rather than movement. The pieces were really more like three-dimensional paintings. Full three-dimensional sculptures designed to be viewed from all angles came later and the movement of the pieces became less prevalent in his later works. In the late 1970s, he abandoned kinetic art, switching to a more traditional bronze and steel. 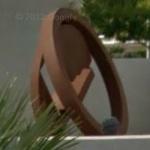 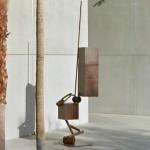 © Google Maps
'Blocks on Blocks 3 on 1, Two Balls with Ring' by Fletcher Benton 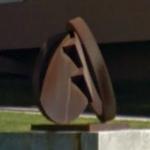 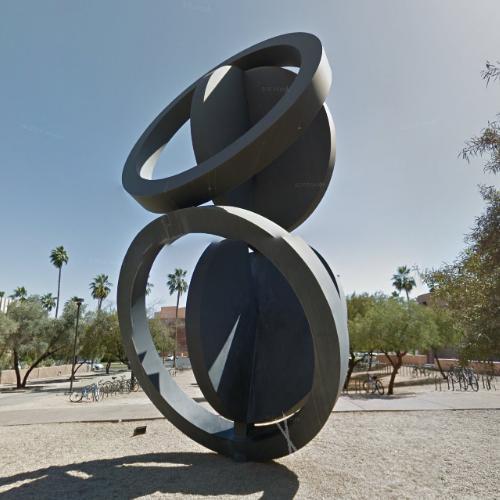 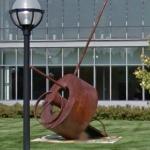 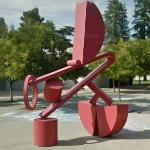 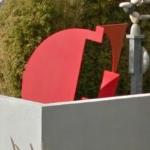 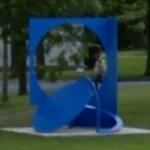 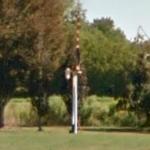 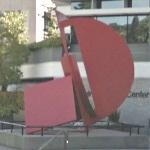