Here is the site that I have found most mysterious and difficult to research. A very long thread on the Google Earth Forums has discussed this site to exhaustion.

This facility is reached by passing through a Coast Guard base in suburban Virginia not far from the capital. 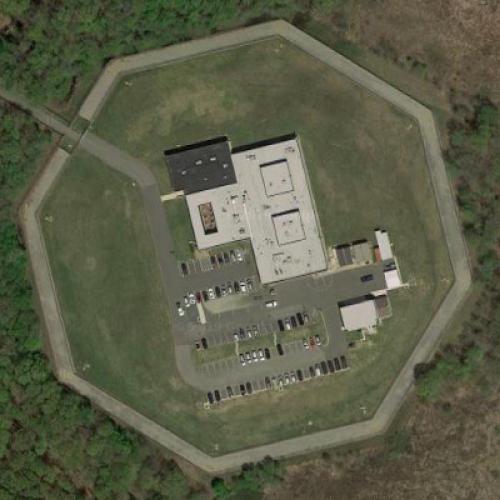 Here are a few of the observations made to date:

Most intriguing though are the two other courtyards. Each is partitioned, each has a fixed set of furniture that looks to be non-movable, and each has floodlights / cameras in the corners. These enclosures also have limited windows and doors.

The best guess ‘consensus’ is that it is a government detention facility for a very small number of high value detainees.

But we may never know its real use…