The TARDIS is a time machine and spacecraft in the British science fiction television programme Doctor Who and its associated spin-offs. The interior of a TARDIS is much larger than its exterior, which can blend in with its surroundings using the ship’s “chameleon circuit”.

Doctor Who has become so much a part of British popular culture that not only has the shape of the police box become more immediately associated with the TARDIS than with its real-world inspiration, the word “TARDIS” has been used to describe anything that seems to be bigger on the inside than on the outside. 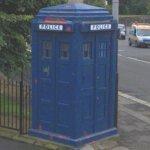 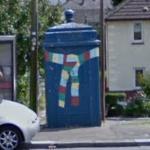 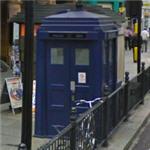 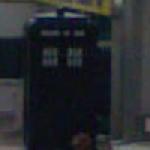