The Sea-Based X-Band Radar (SBX-1) is a floating, self-propelled, mobile radar station designed to operate in high winds and heavy seas. It is part of the U.S. Defense Department Ballistic Missile Defense System.

The radar is mounted on a fifth generation CS-50 twin-hulled semi-submersible drilling rig. Conversion of the vessel was carried out at the AmFELS yard in Brownsville, Texas; the radar mount was built and mounted on the vessel at the Kiewit yard in Ingleside, Texas, near Corpus Christi. It is nominally based at Adak Island in Alaska (though, as of November 2013 has never put into port at Adak) but can roam over the Pacific Ocean to detect incoming ballistic missiles. The vessel is classed by ABS and has the IMO number of 8765412. 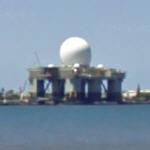 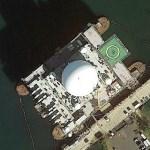 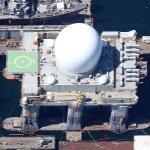 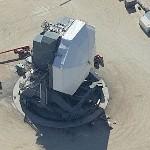 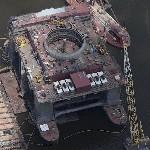 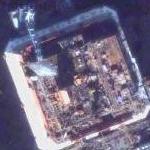