NASCAR is a favorite American pastime, a fun spectator sport where you can cheer loudly, drink a lot of beer, and check out cool engines and fast cars. NASCAR is the most popular stock car racing organization, with several racing series taking place throughout the year, including the most famous and prestigious Monster Energy NASCAR Cup Series. Races are held at different venues across the United States, and with sites in 39 states, you’re never very far from a NASCAR experience.

If you find yourself with a need for speed, these tracks will not let you down.

Located just outside Darlington, South Carolina, the raceway has a grand reputation in NASCAR. It’s track is a unique egg shape rather than a more symmetrical and traditional oval. Legend has it that the shape comes from the builders being required to leave a nearby minnow pond undisturbed. The odd design makes the track more challenging, and has earned it the nickname “The Track Too Tough to Tame”. When a racer hits the wall, they’ve earned their “Darlington stripes”. 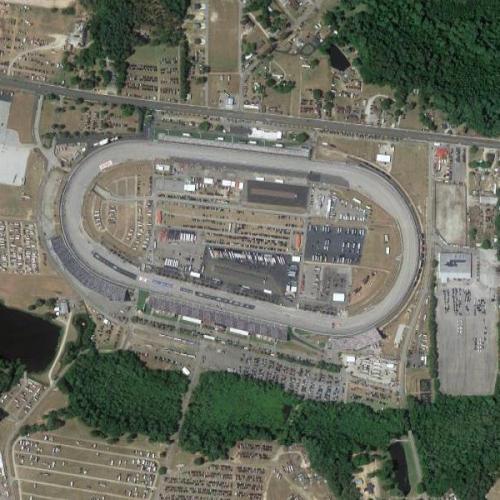 Charlotte is one of the biggest hubs in NASCAR, and its amazing track lives up to the reputation North Carolina has as the home of NASCAR. The track is 1.5 miles and the stadium holds nearly 90,000 spectators and has the second largest video board in the world. The speedway hosts the Coca-Cola 600, one of the most important races of the series, and hosts over 380 events a year. 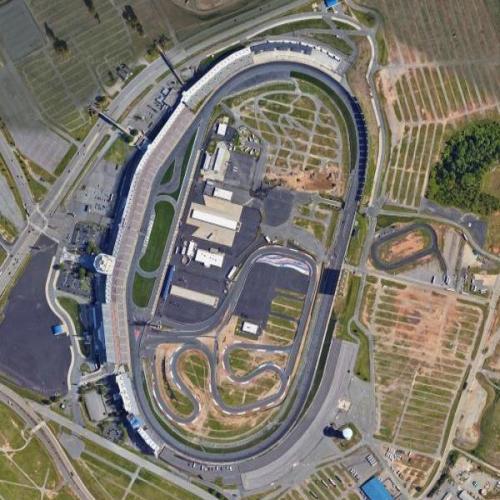 The Bristol Motor Speedway in Tennessee is a short track and just one half mile, which makes for a very different racing and viewing experience than at other NASCAR tracks. The short track also leads to more “paint swapping” as cars are packed tight on the track, and lots of drama from drivers dealing with different issues than on tracks with longer straightaways. Nicknamed “Thunder Valley” due to the loud volume of the cars racing in the venue, it holds more than 160,000 spectators and is the fourth largest sports venue in the United States. 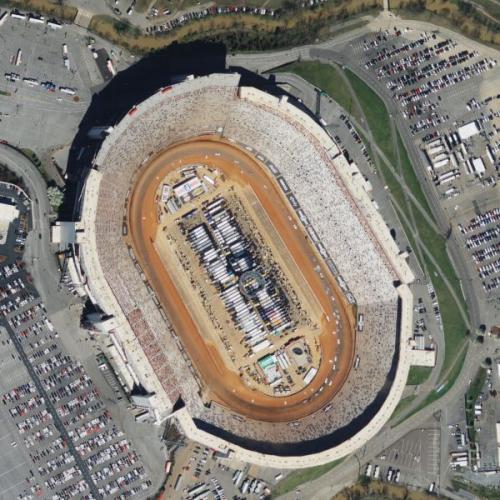 Located just north of Talladega, Alabama, this is the longest track in NASCAR at 2.66 miles. It has a current seating capacity of 80,000. Because of the long track and straightaway, vehicles can reach higher speeds than on other tracks, and the NASCAR speed record was set here in 2004, at 216 mph. For a time, vehicles were going so fast that their tires would burst, unable to handle the pressures of such speed. There is a “Talladega curse” that some attribute the many accidents and tragic injuries and deaths at the site to. The superspeedway was ensconced in pop culture in the 2006 film “Talladega Nights: The Legend of Ricky Bobby” starring Will Ferrell. 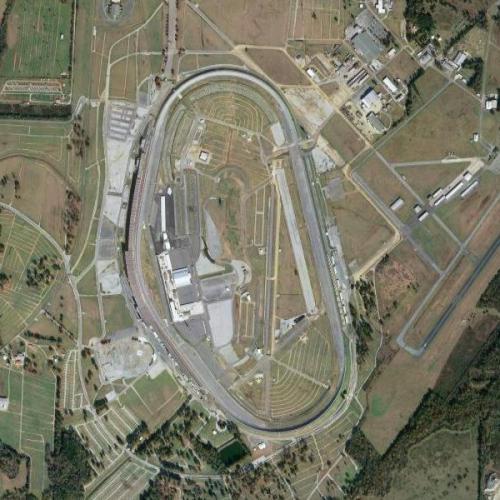 No article on NASCAR would be complete without talking about the Daytona International Speedway, home of NASCAR’s headquarters and the premier race, the Daytona 500. Daytona is famous for many things, including the tragic death of racing legend Dale Earnhardt in the final lap of the 2001 Daytona 500. 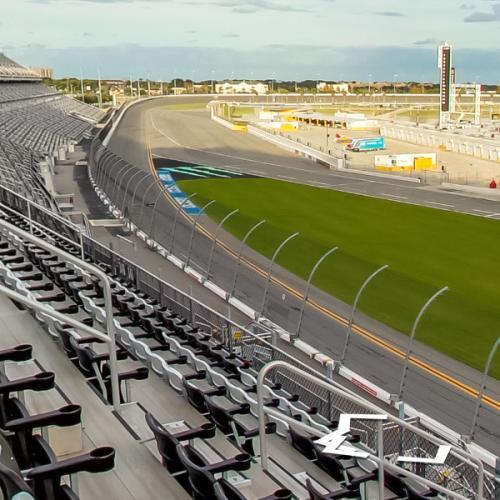 The track is a 2.5 mile “tri-oval” which is a hybrid triangle-oval shape with six turns. Like Talladega, which also features the tri-oval, drivers on the Daytona speedway must use restrictor plates to limit the top speeds in order to avoid high speed accidents. 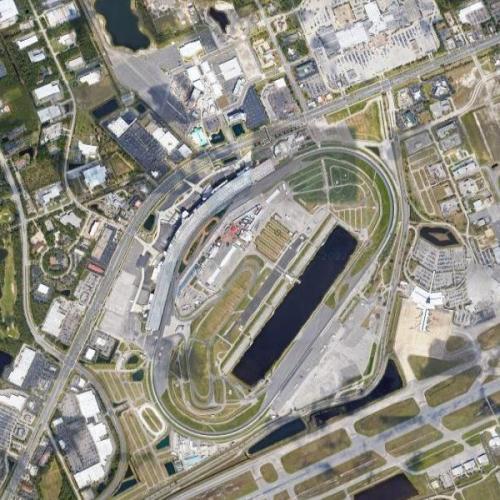 Often ranking high in list of NASCAR’s best tracks for fans, the Martinsville Speedway just south of Martinsville, Virginia is the shortest track in the Cup Series, and one of the oldest. At just over one half mile and with very low banking in the turns, this classic “paperclip”  oval track requires significant skill and attention to hard braking at the turns and smooth accelerations in the straightaways. The speed record for one lap is just over 18 seconds, which is insanely fast! 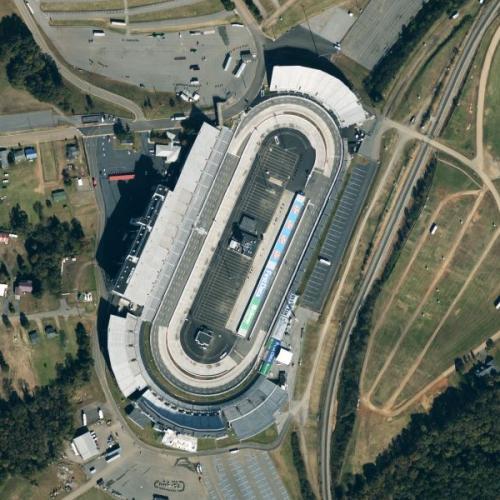 Here’s a view of turn four, which shows how flat the track is! 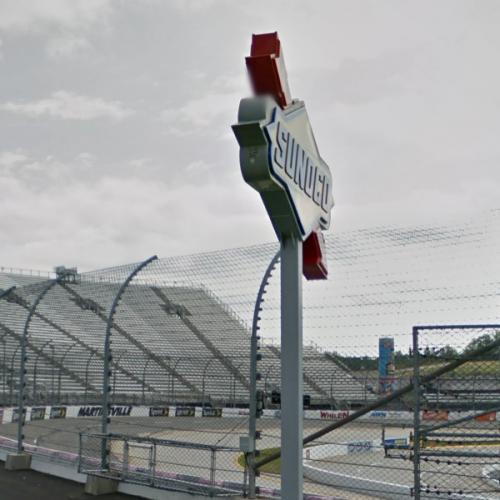 The Indianapolis Motor Speedway is probably most famous for its Indy car race the Indy 500, but it is also famous for the Brickyard 400, a premier NASCAR Cup race. It is the largest capacity sports arena in the world, holding over 400,000 people in stadium, infield and other seating. The facility is over 100 years old, and has witnessed the development of auto racing from its chaotic early days to the present high-tech experience. 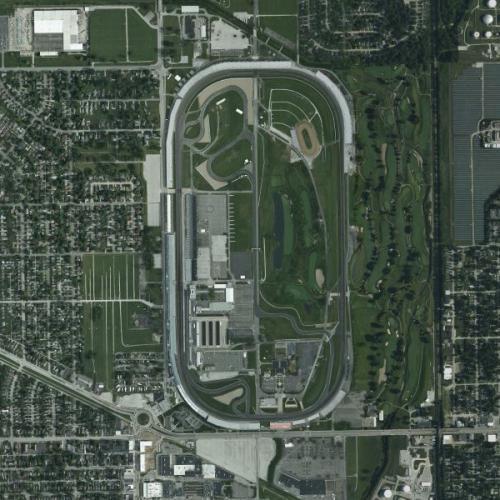 The Brickyard 400 is part of the NASCAR Cup series and is generally raced in late summer. The race has had the highest attendance of all NASCAR races and second highest purse for the winner, second only to Daytona. In spite of the historic nature of the 2.5 mile track and Speedway, the Brickyard race has been met with some setbacks in recent years due to scheduling issues, poor spectator views and oppressive heat during the summer race. Nonetheless, it has quickly become a mainstay in the NASCAR tradition. 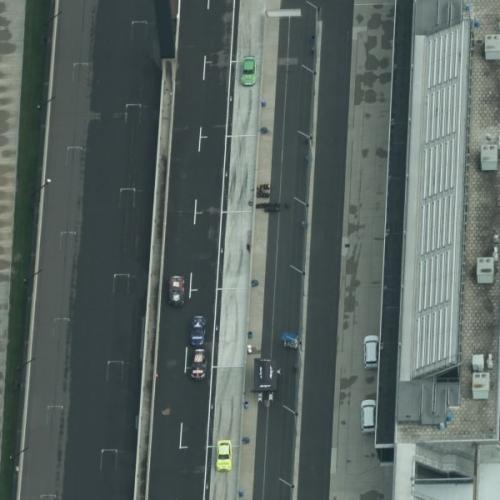 Since NASCAR has facilities in 39 of the 50 states, you’re never far from an awesome experience. So, check your calendar, see where the closest speedway is, and zoom over to see some fast cars just as soon as you can.