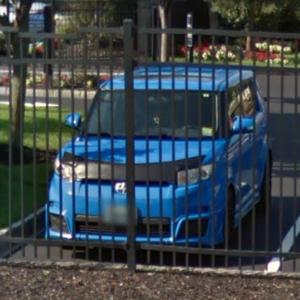 By Carrera @ 2018-06-30 01:41:35
@ 39.9304243, -75.0612957
Cherry Hill, New Jersey (NJ), US
The eighth of a series of limited edition "Release Series" models from the now-defunct youth-oriented Toyota division Scion, the xB RS 8.0 sported a four-piece bodykit from Kenstyle and the 2,000 units made were identifiable with such and a shade of electric blue known as "Voodoo Blue". The looks scream "hot hatch", but there was never a sporting trim of such, in which in my opinion would draw even more youth to the brand since such editions were actually too subtle, but never happened, which isn't surprising due to the unpopularity of the hot hatch in the North American market.