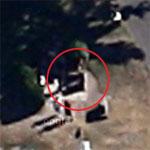 Bruce Lee (born Lee Jun-fan; 27 November 1940 – 20 July 1973) was a Hong Kongese actor, martial arts instructor, philosopher, film director, film producer, screenwriter, founder of Jeet Kune Do, and the son of Cantonese opera star Lee Hoi-Chuen. He is widely considered by commentators, critics, media and other martial artists to be one of the most influential martial artists of all time, and a pop culture icon of the 20th century. He is often credited with changing the way Asians were presented in American films.