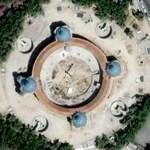 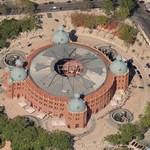 It has been extensively renovated in the last few years and has re-opened as a modern multi-use centre, covered by a retractable ceiling. En principle, the bullfights (in the Portuguese version, the bulls are never killed) will be held on Thursdays at 10pm.

This bullring was originally designed in 1892 by the architect António José Dias da Silva on a spot used for bullfights since the XVIII century. It was built in less than a year in neo-arab style and loosely based on the Madrid bullring of Las Ventas.
3,100 views