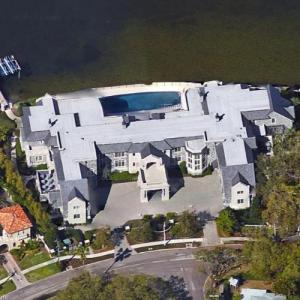 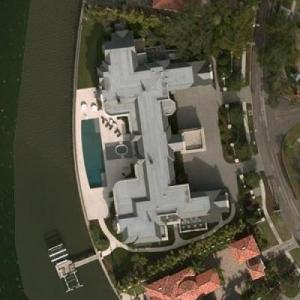 By tlp333 @ 2009-03-09 11:03:01
@ 27.92876515, -82.46133717
Tampa, Florida (FL), US
Derek Jeter, the professional baseball player is reportedly building a 31,000 sq ft mega-mansion here. Another home he owns in the area is also featured on this site. Jeter is best known as a former professional baseball shortstop, businessman, and baseball executive. He has been the chief executive officer and part owner of the Miami Marlins of Major League Baseball since September 2017. As a player, Jeter spent his entire 20-year career in MLB with the New York Yankees. He was elected to the Baseball Hall of Fame as part of its class of 2020 in his first year of eligibility; he received 99.7% of votes, the second-highest percentage in MLB history and the highest by a position player. Needless to say Jeter is one of the best known and inspirational baseball players.

A five-time World Series champion, Jeter is regarded as one of the primary contributors to the Yankees' success of the late 1990s and early 2000s for his hitting, baserunning, fielding, and leadership. He is the Yankees' all-time career leader in hits (3,465), doubles (544), games played (2,747), stolen bases (358), times on base (4,716), plate appearances (12,602) and at bats (11,195). His accolades include 14 All-Star selections, five Gold Glove Awards, five Silver Slugger Awards, two Hank Aaron Awards, and a Roberto Clemente Award. Jeter was the 28th player to reach 3,000 hits and finished his career ranked sixth in MLB history in career hits and first among shortstops. In 2017, the Yankees retired his uniform number 2.

Jeter was one of the most heavily marketed athletes of his generation and is involved in numerous product endorsements. Derek Jeter has a net worth of $200 million dollars. During his career he earned $265 million in baseball salary alone. He earned at least $150 million from endorsements. He is known as one of the most popular and highest-paid athletes in recent sports history.
Links: en.wikipedia.org
48,033 views