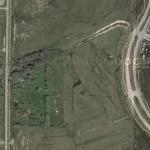 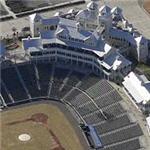 Dr. Pepper Ballpark, formerly Dr. Pepper/Seven Up Ballpark, opened in 2003 and is currently ('06 season) the home field of the Frisco RoughRiders, the AA Texas League affiliate of the Texas Rangers.

In its inaugural season, the stadium was named Best New Ballpark of the minor leagues.

(Located between the Dallas Pky on the west, Parkwood Blvd on the east, Gaylord Pky on the north and Highway 121 on the south.)
Links: www.milb.com
1,306 views