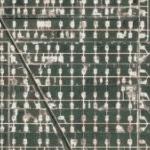 By kjfitz @ 2008-01-16 17:29:04
@ 1.33622, 101.228242
Duri, Indonesia (ID)
The Duri oilfield is one of the 141 oil fields operated in Sumatra , Indonesia by PT Caltex Pacific Indonesia under a production sharing contract with the Government of Indonesia. Discovered in 1941, the Duri field is one of the world's giant oilfields and the biggest steamflood operation located in the Rokan block with current oil production of 200,000 bpd (31,000 m 3 per day). The insitu formations of the Duri field are unconsolidated sands; coupled with a steam flood operation they are susceptible to producing large quantities of oily viscous fluids as a by-product from the oil production. Up to 400 m 3 /day (2,500 bpd) of oily viscous fluids are generated at five oil production Central Gathering Stations (CGS) in the Duri oilfield.
Links: www.terralog.com
5,263 views