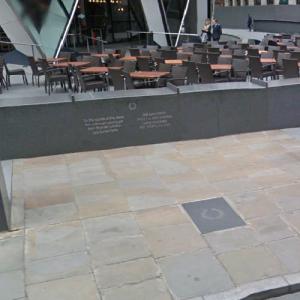 She was re-buried in her original resting place in 2007 under the pavement next to the Gherkin. A plaque with a laurel wreath on it marks the site of the body and next to it is an inscription that is written in both English and Latin.