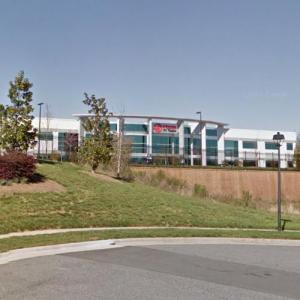 Team owner Gene Haas owns the CNC machine tool manufacturer Haas Automation. Since 2002, Haas has been a NASCAR team owner. His F1 team is located alongside his NASCAR team's shop.

Haas F1 also works out of a location in Banbury, England, near the majority of the other Formula One teams. The shop had previously been used by the now-defunct Marussia team.

In 2016, the team's inaugural season featured French driver Romain Grosjean and Mexico's Esteban Gutiérrez. In 83 previous starts (primarily with the Lotus team), Grosjean has finished second twice and third eight times. In 38 races with the Sauber team, Gutiérrez had only one top-10 result, a 7th place finish at Japan in 2013.

The team is led by Italian Günther Steiner (Team Principal). He had many years of experience in Rally car racing before he was hired to manage the Jaguar F1 team in 2002. In 2005, he helped build the Red Bull F1 team as its technical operations director. Red Bull then put Steiner in charge of creating its NASCAR team in 2006.
Links: en.wikipedia.org
6,145 views

Anonymous
@ 2020-10-23 16:14:19
Please be informed that due to the decision to remove Kevin Magnussen Haas Is hereby blacklisted as supplier for machines.