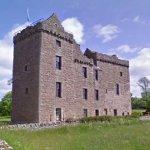 By WacoKidd110 @ 2011-09-02 15:54:09
@ 56.409161, -3.48873
Huntingtower, United Kingdom (GB)
Huntingtower Castle was built in stages from the 15th century by the Clan Ruthven family and was known for several hundred years as the 'House (or 'Place') of Ruthven'. In the summer of 1582, the castle was occupied by the 4th Lord Ruthven, who was also the 1st Earl of Gowrie, and his family. Gowrie was involved in a plot to kidnap the young King James VI, son of Mary, Queen of Scots. During 1582 Gowrie and his associates seized the young king and held him prisoner for 10 months. This kidnapping is known as the 'Raid of Ruthven' and the Protestant conspirators behind it hoped to gain power through controlling the king. James eventually escaped and actually forgave Gowrie, but after a second abortive attempt by Gowrie and others to overthrow him, Gowrie was finally executed and his property (including Huntingtower) was forfeited to the crown.
Links: en.wikipedia.org, virtualglobetrotting.com
561 views