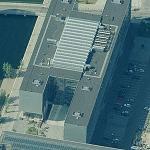 By alfjon @ 2009-04-24 15:17:02
@ 55.659738, 12.591401
Copenhagen, Denmark (DK)
The IT University of Copenhagen is a Danish cross-disciplinary university that approaches the study of information technology from a variety of perspectives: natural sciences (traditional computer science), software engineering, computer-supported cooperative work, the design and use of IT, e-business, computer games studies, and the social, cultural and aesthetic aspects of IT.

The university originally only accepted students with a Bachelor's degree (often in nontechnical subjects such as literature), but started an undergraduate program in software development in August 2007. Four MSc study programmes are currently offered, two of which are international and are taught in English. There are approximately 40 members of the scientific staff, 40 Ph.D. students and more than 1000 students. Also, many external lecturers are affiliated with the university.

In 2004, the university moved to its own new building in the Ørestad development, right next to the Faculty of Humanities of the University of Copenhagen and the new headquarters of the Danish Broadcasting Corporation (DR). The new building was designed by Danish architect Henning Larsen.
Links: en.wikipedia.org
470 views