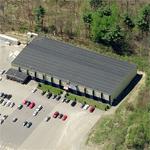 A strongly-named new arena named the Bank of Maine Ice Vault was built on the same location and opened on July 7, 2012.

The Maine Moose Junior A ice hockey team has played at both the old and new arenas. They currently compete in the Northern States Junior Hockey League, which has teams in six northeastern states.
Links: www.youtube.com
444 views