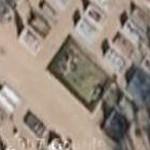 He was enormously successful in several countries for many years, but remained almost unknown in the English-speaking world. He was only noted in the United States in 1974 with the release of The Mad Adventures of Rabbi Jacob. In a 1968 poll, he was voted France's favourite actor. In a personal statement, he claimed to be interested only in films that would draw an audience of at least 500,000.
Links: en.wikipedia.org
1,035 views