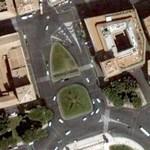 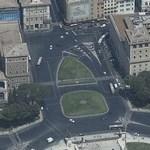 It is hands down the most important piazza in Rome- the Capital of Italy- rendering it Italy's center. It's the piazza of the avant-guard, for it is also where Rome's first gas lights were installed and where the first horse drawn buses ran. The piazza, as you see it today, was finally completed in the early 20th century with the construction of the Vittoriano, the monument to King Victor Emanuel. The piazza's name comes from Palazzo Venezia, originally the modest home of the cardinals attached to the Basilica of San Marco.
3,076 views