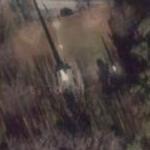 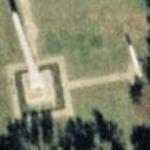 Point Lookout State Park lies at the southern tip of the Maryland Peninsula. During the Civil War it was the home of one of the largest prisons for Confederate POWs. Of the more than 52,000 prisoners incarcerated here, it is believed that over 14,000 died.

Conditions in the prison was deplorable. Food was scarce, causing prisoners to eat rats and other dead animals. Malaria, scurvy, tuberculosis, caused many deaths. Overcrowding allowed viral diseases to spread quickly. Prisoners had no shoes to wear, and only a blanket to keep warm in winter.

The dead were buried at the prison cemetery, but were later re-interred in a mass grave, now marked by a single monument with their names inscribed at the base.
Links: www.interment.net
667 views