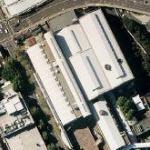 By kjfitz @ 2010-10-31 18:36:23
@ -33.878183, 151.19963
Sydney, Australia (AU)
The Powerhouse Museum is the major branch of the Museum of Applied Arts and Sciences in Sydney, the other being the historic Sydney Observatory. Although often described as a science museum, the Powerhouse has a diverse collection encompassing all sorts of technology including Decorative arts, Science, Communication, Transport, Costume, Furniture, Media, Computer technology, Space technology and Steam engines.

It has existed in various guises for over 125 years, and is home to some 400,000 artifacts, many of which are displayed or housed at the site it has occupied since 1988, and for which it is named — a converted electric tram power station in the Inner West suburb of Ultimo, originally constructed in 1902.
Links: virtualglobetrotting.com
620 views