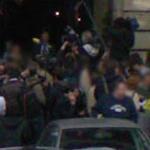 By GlobalPlayer @ 2010-04-22 04:55:38
@ 48.866915, 2.321421
Paris, France (FR)
The Fédération Internationale de l'Automobile, commonly referred to as the FIA, is a non-profit association established as the Association Internationale des Automobile Clubs Reconnus (AIACR) on June 20, 1904 to represent the interests of motoring organisations and motor car users. To the general public, the FIA is mostly known as the governing body for many auto racing events.