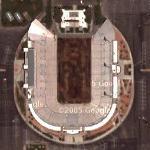 The Grateful Dead played the Sam Boyd Stadium for five consecutive years from 1991 to 1995, all of which have set records for the top grossing and highest attended shows. The band’s final performance in Las Vegas (1995) holds the #1 position, with 125,533 fans attending the concert which grossed over $3.7 million.

Other music superstars who performed at the stadium include the Eagles, Ozzy Osbourne, Metallica, and the Lollapalooza tour. U2 and Paul McCartney kicked off their world tours at the facility, drawing record crowds as well as international media attention.

The stadium celebrated its 25th anniversary in the fall of 1996 by hosting the UNLV vs. Wisconsin football game with 41,091 fans attending the event, setting the record for the state's largest attendance at an outdoor sporting event.