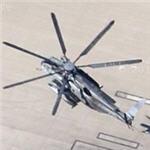 By kjfitz @ 2010-11-03 09:42:59
@ 32.872091, -117.150126
San Diego, California (CA), US
The Sikorsky CH-53E Super Stallion is the largest and heaviest helicopter in the United States military. It was developed from the CH-53 Sea Stallion, mainly by adding a third engine. Sailors commonly refer to the Super Stallion as the "Hurricane Maker" because of the downwash the helicopter generates. It was built by Sikorsky Aircraft for the United States Marine Corps. The less common MH-53E Sea Dragon fills the United States Navy's need for long range mine sweeping or Airborne Mine Countermeasures (AMCM) missions, and perform heavy-lift duties for the Navy. The CH-53E/MH-53E are designated "S-80" by Sikorsky.
Links: en.wikipedia.org
824 views