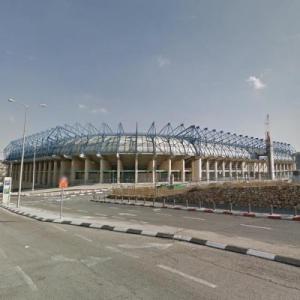 It is named for long-time Jerusalem mayor Teddy Kollek who was in office during the time of its construction and was one of its prominent advocates.

For Beitar, the stadium was a blessing after years of playing at the YMCA Stadium, which was also nicknamed "The Sandbox". In the first stage, only the west and east sides of the stadium were built giving it a capacity of 13,000. In 1999 work was finished on a north side that was perfectly connected to the west and east stands putting capacity at 21,600.
Links: en.wikipedia.org
583 views