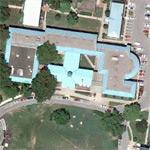 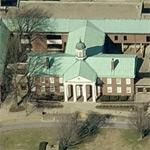 By neotrix @ 2010-11-09 10:05:50
@ 38.21590444, -85.76100938
Louisville, Kentucky (KY), US
The Louis D. Brandeis School of Law is the law school of the University of Louisville. Established in 1846, it is the oldest law school in Kentucky and the fifth oldest in the country in continuous operation. The law school is named after Justice Louis Dembitz Brandeis, who served on the Supreme Court of the United States and was the school's patron. Following the example of Brandeis, who eventually stopped accepting payment for "public interest" cases, Louis D. Brandeis School of Law was one of the first law schools in the nation to require students to complete public service before graduation.
Links: en.wikipedia.org
602 views