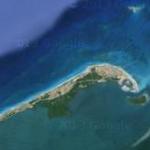 By tallturtle82 @ 2014-06-19 06:40:05
@ 23.15425, -81.154633
Varadero, Cuba (CU)
Varadero is a resort town on the Hicacos Peninsula in central Cuba. It is also considered one of the largest resort areas in the Caribbean. Wealthy patrons like Al Capone and Irenee DuPont visited the beaches in the 1930's during its golden years. During the Cuban Revolution many of the mansions were appropriated from the wealthy and became museums. In the 1990's another boom in hotels came, bringing four star and five star establishments.
Links: www.supercubatravel.com
692 views