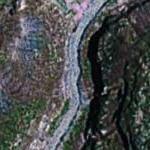 In early 2005, the government announced that construction had been halted due to a lack of environmental impact studies. If completed, the Xiluodu Dam will be the third largest dam in the world and a key component of the Jinsha project. The total generating capacity will be 12,600 MW.
Links: en.wikipedia.org
658 views